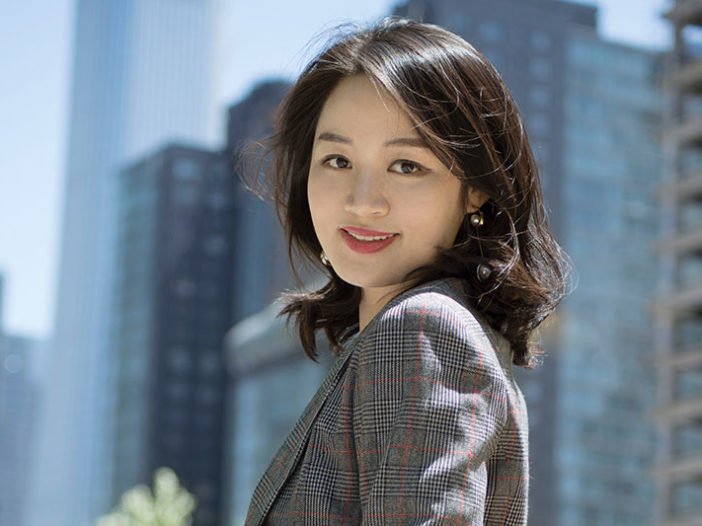 Does your English accent matter? Should you try to change your accent in English?

Your native-speaking teachers might have said that your accent is fine. But some of your non-native friends might have told you that you should improve your accent because it’s embarrassing.

Let’s explore what’s actually going on, and whose advice you should take.

When they say your accent doesn’t matter

It’s important to know the context in which the advice is given to you.

Chances are, most native speakers around you, especially your teachers and acquaintances, would most likely tell you that your accent doesn’t matter.

There are a few possible reasons for this.

They are all well-meaning. But when you switch the context, you might get a different perspective.

When they say you should improve your accent

Your non-native friends might tell you that you should improve your accent. Jokingly or not, they might find your accent embarrassing.

In fact, one of our Korean readers has a bit of an internal conflict. We’ll call her Jiwon.

When there are only non-native, non-Korean foreigners in a room, Jiwon can strike up a conversation freely with any of them in English.

But when there are some Koreans in the room, she becomes self-conscious and feels embarrassed speaking English in front of her Korean peers. She thinks that she is being watched and compared, and she fears that she is being seen in a negative light.

If there are only native speakers in the room, it depends on the vibe. Sometimes she can speak English freely, but other times she fears that native speakers might be judging her English level.

If your situation is similar to Jiwon’s, then your non-native friends telling you to change your accent may have a lot more to do with the cultural norms. Maybe in your culture, it’s important to present yourself to others and keep a perfect image.

So, if you’re like Jiwon living in Korea and if you’re going to be spending a lot of time with your Korean peers, maybe your reasons for changing your accent might be so that you keep up with the Joneses.

To keep up with the Joneses means to try not to be outdone by your neighbors.

Okay, so far we discussed that the reason your English teachers might say that you don’t need to improve your accent because they already understand you.

Your friends from your country saying you should change your accent may have to do with culture.

But in what situation is it practical to have a near-native accent?

Your decision to change your accent ideally shouldn’t be based on the mere opinion of others. Instead, having a near-native accent should have a practical application in your life.

Why you should have a native-like accent

There are some practical reasons why it might make sense to speak English with a native-like accent.

If you think about it, the reason why native speakers sound the way they do is they’ve developed a mannerism of speech that helps them communicate most efficiently.

Native speakers use blend sounds together, and add rise and fall of pitch in a sentence, in order to convey enough information and emotion.

So, speaking with a native-like accent is the most efficient way for your mouth, tongue, and jaw to produce sounds when speaking English. And because of the influence of mass media, people in general associate American or British accent as the native English accent.

Of course, there are other native English accents like Canadian, Australian, New Zealander, or South African. But you could say American and British English accents are what people are most used to hearing.

With that in mind, here are the situations in which it might make more sense for you to have a near-native English accent.

You are a business professional

When it comes to a professional environment, first-impressions and perceptions do matter because, in a business setting, people tend to get right on point in order to get the job done, and they may not spend a lot of time getting to know your background or personality.

In that case, it makes sense to speak with an English accent that is considered widely accepted and understood.

Even in business communication where people are expected to be professional, it’s unfortunate but people do sometimes judge your character and skills based on your accent.

Yes, it’s not fair or just to judge someone solely based on the appearance.

However, humans have evolved to make quick judgments based on limited information. If you hear a rusting sound of bushes in the middle of the African savanna, you had to make a quick judgment as to whether it’s the wind, or if it’s a saber-toothed tiger.

We still carry the remnants of the evolutionary instincts of our ancestors. So that is why people still do judge someone based on their voice.

Sometimes a customer service rep with an Indian accent is made fun of by native speakers. Other times, it’s actually difficult to understand an Indian accent, leaving customers frustrated.

You do public-facing work

If you do any public-facing work, it makes sense for you to have a native-level accent, for the reasons described above.

American or British accent is simply a widely known accent that people are familiar with globally.

If you’re a public speaker, teacher, coach, customer service rep, actor, or singer, then it won’t hurt to have the ability to speak in a near-native accent.

Even native speakers judge fellow native speakers for their accent. If you check out audiobook reviews on the Audible website, you’ll find books with a low rating because the customer did not enjoy the voice of the narrator.

You want to fit in

If you’re a non-native English speaker living in an English-speaking country, you might have had people come up and ask you one of these questions.

“Wow, your English sounds great. How long have you been living in the US?”

“Where are you originally from?”

“How long have you studied English?”

They mean well, but perhaps you’re tired of hearing the same questions and answering them.

Perhaps you’ve lived in an English-speaking country for so many years that you consider it your home. You’ve fully embraced the culture. You want to fit in. And you want to be considered a member of the community, not a foreigner with an exotic accent.

If none of the situations above apply to you, the most practical reason for your wanting to have a native-like accent is because you simply enjoy it!

It may come with its challenges, but overall, you find it fun to be able to speak English with near-native fluency.

I hope this blog post helped you determine whether you should adopt the accent of a native speaker, and the practical reasons to do so.

If you want, you can change your accent. No one should tell you what you can or cannot.

But if you do decide to change your accent, I want you to do it for the reasons that make the most sense to you.

I want you to strive to be a confident, fluent English speaker, not because you’re worried about what other people think of you, but because you want to.