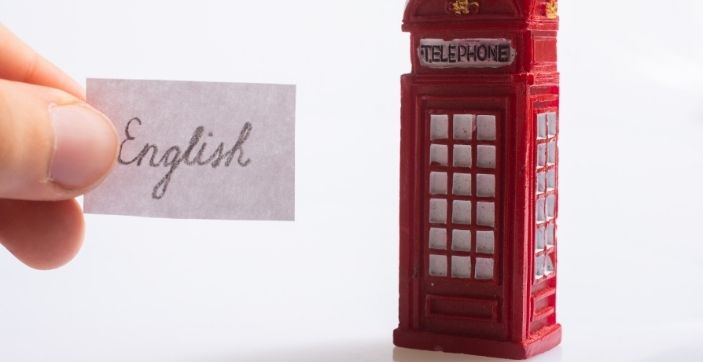 Lot of English language students say that they want to have a British accent.

How can you start to sound British?

Here are some quick pronunciation tips to make you sound British.

However, what most students mean by a British accent is that they want a standard southern accent, the ones that they hear often in movies and dramas. This is called “standard English.”

We’ll have a look at some of the features of this generic accent, and we’ll contrast it with some features from a generic U.S. accent (Similarly, different parts of the U.S. have different accents).

To explain the different sounds, we’ll be using phonemic symbols, which can also be found here. Take some time to play around with the sounds and get familiar with the chart.

How would you pronounce the word, “bath”?

Another common example is can and can’t. Can is universally pronounced with a short a /æ/, like “hat.” Can’t in standard English is pronounced with the long “a” /ɑ:/, like “car.” This is helpful because it means you can easily distinguish between can and can’t, especially as the ‘t’ at the end isn’t always clear.

Other examples: grass, calf, path, half

How would you pronounce the word, “hot”?

Other examples: lot, possible, sorry, what

In standard English, it’s pronounced  /kɑ:/. It’s two sounds only, the beginning “k” sound, followed by the long “a” sound like we discussed above. The “r” that you see written down isn’t pronounced as a separate sound.

Tu at the beginning of words

Say this word out loud, “Tuesday.”

In the UK, when a word starts with “tu,” it is often pronounced with a /ʧ/ like in “chew.” So “Tuesday” kind of sounds like “chewsday.”

It’s not all words that start with ‘tu’ though. So another way to look at is if Americans pronounce “too,” then most likely British would pronounce “choo.” So “tub” or “turn” will be pronounced with the regular /t/ because the first syllable is not pronounced “too” or “choo.”

Does it matter which you choose?

But, does it matter which one you choose? The short answer is no, it doesn’t! You’re free to choose achiever pronunciation that suits you!

Choose whichever pronunciation you prefer. If you work with some British colleagues, then perhaps you’d rather focus on British pronunciation.

Remember, the most important thing is to make sure your pronunciation is clear so that you can be understood.